Air pollution is one of the few genuinely global problems of the modern age and it is estimated to affect 91% of the world’s population. This is a topic Sir James Dyson has a close interest in, leading to the production of the Dyson Air Purifier. The issue highlights the global and domestic air pollution affecting us today, the impact it is having on the planet and how Dyson is helping to solve the problem.

By the end of 2019, this issue of Dyson's Magazine 'on:' would have been distributed around the world through Dyson’s network of Demo stores, including London, New York, Dubai and Delhi and have been read online by over 300k people. The issue has been well received by creatives and academics alike, and Dyson have called it their ‘best issue by a long, long way.’ This particular issue explores the global air crisis and the design and art direction focused soley on demonstrating the damaging effects of air pollution, both for the environment and our health. 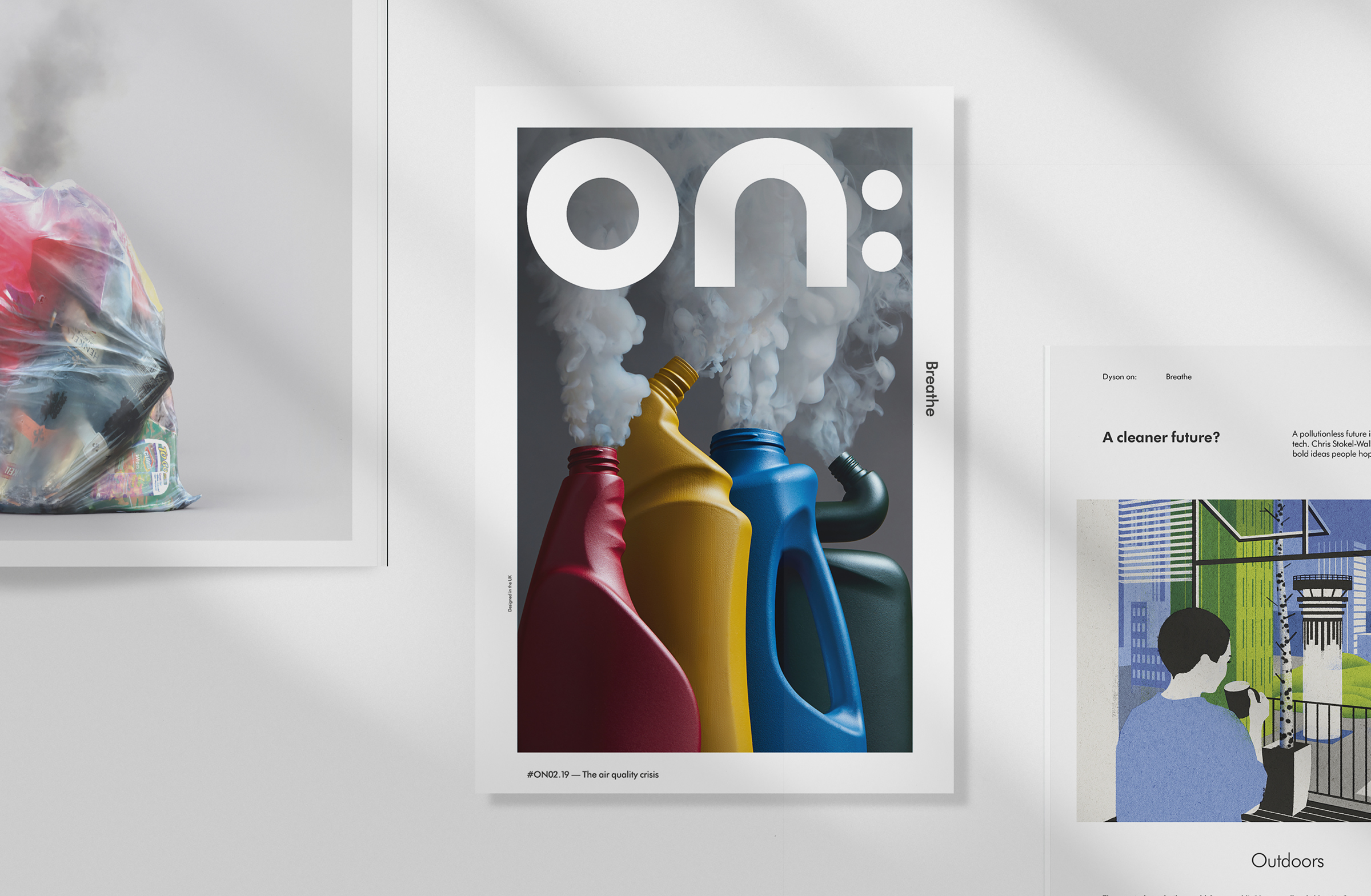 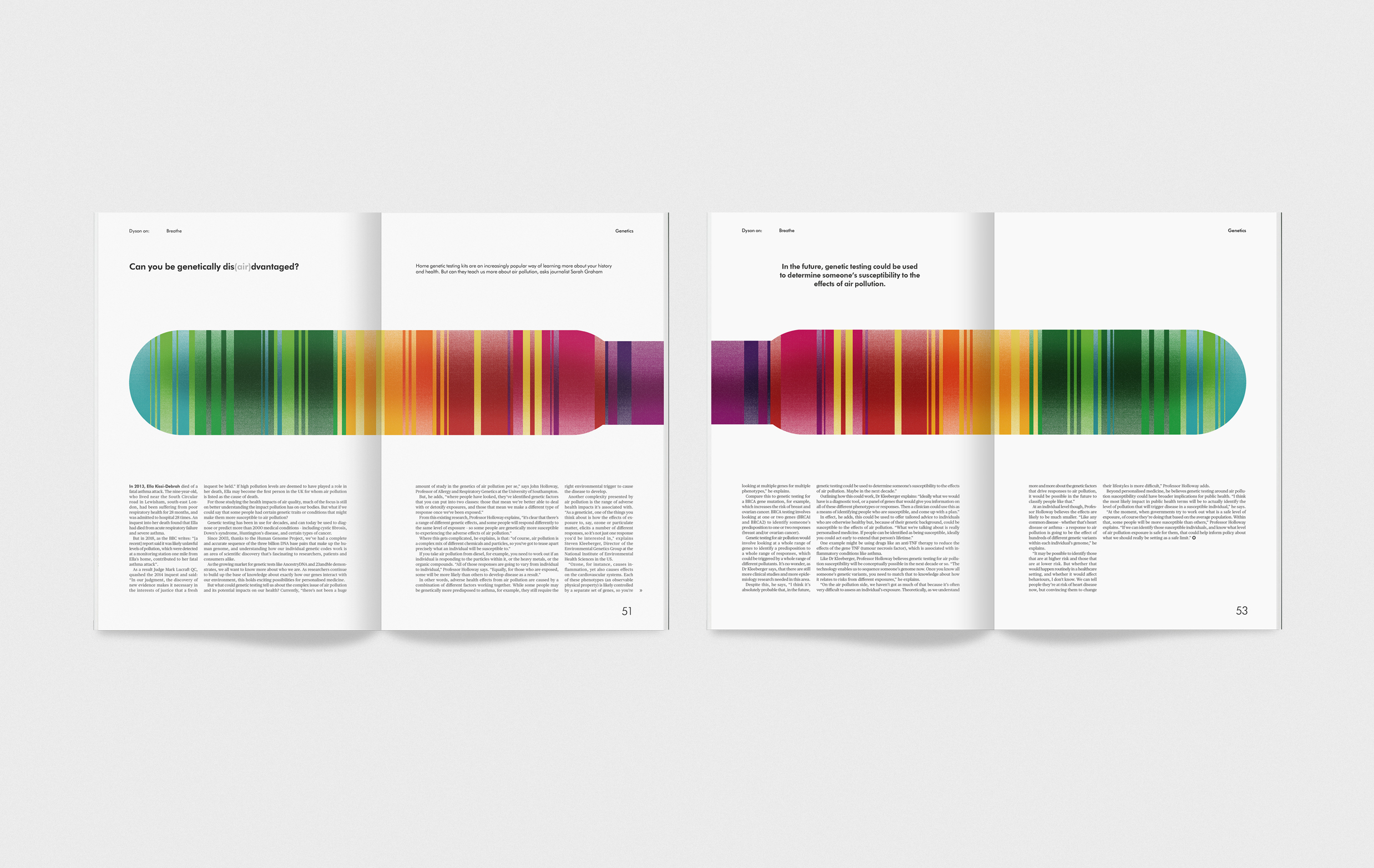 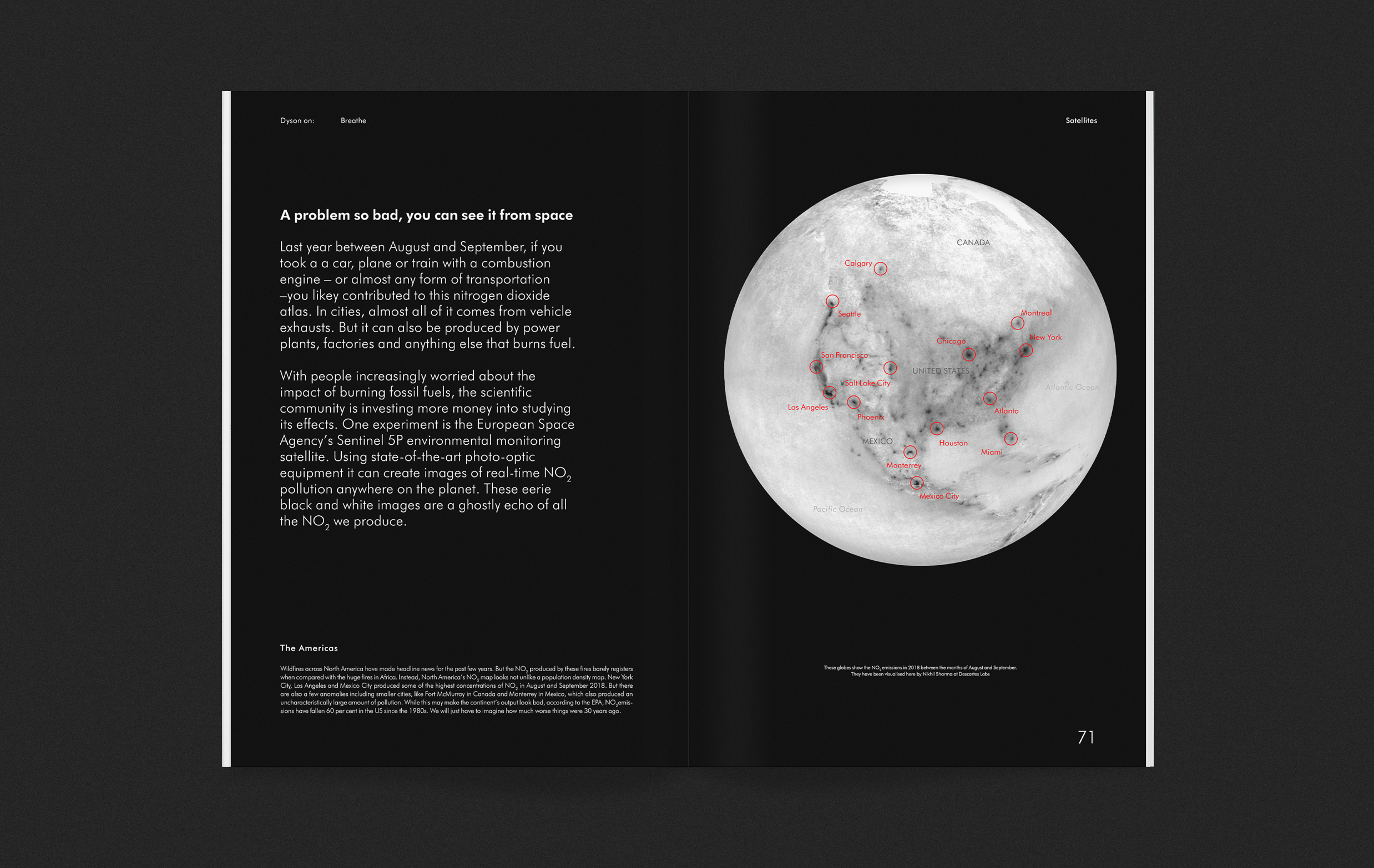 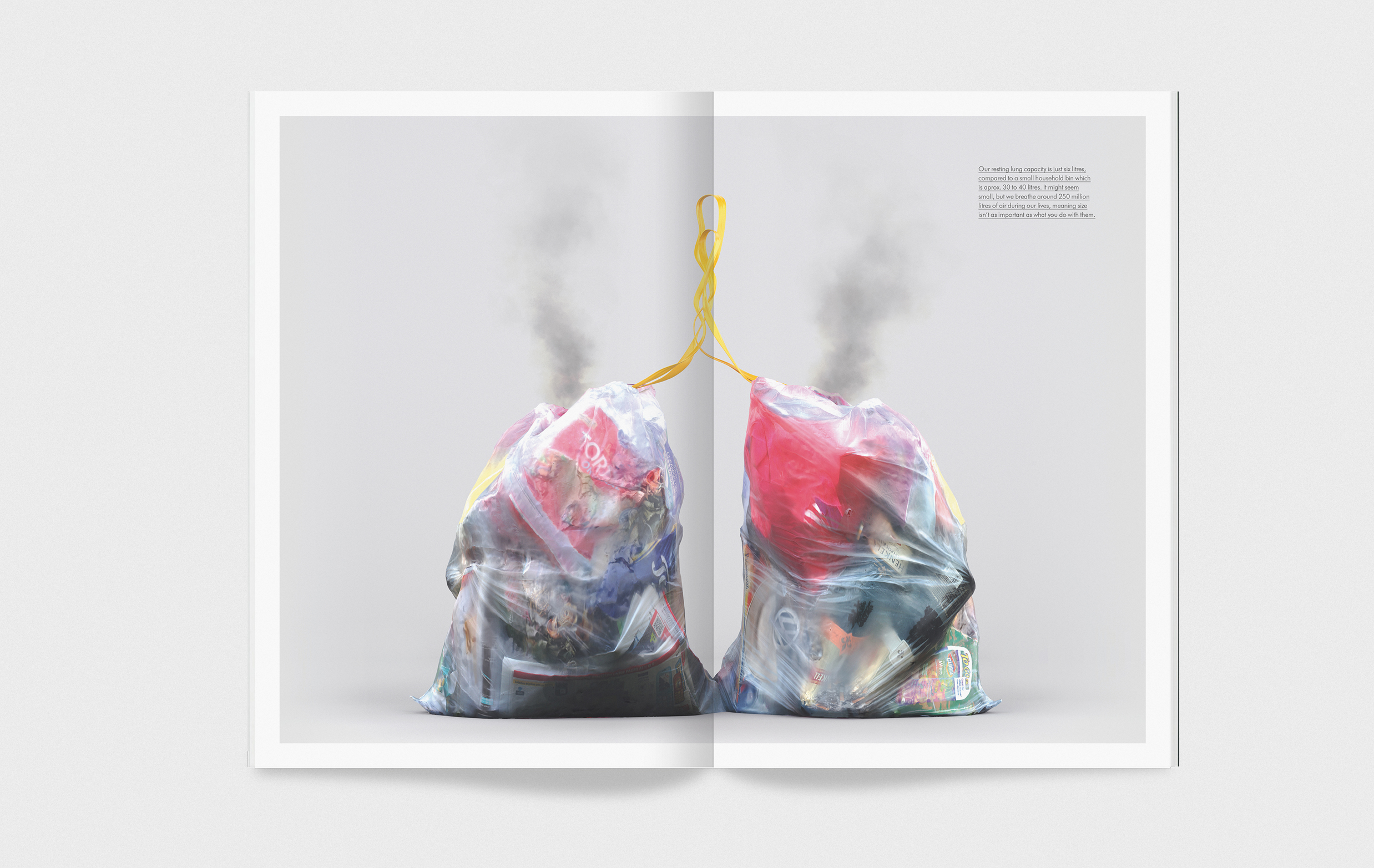 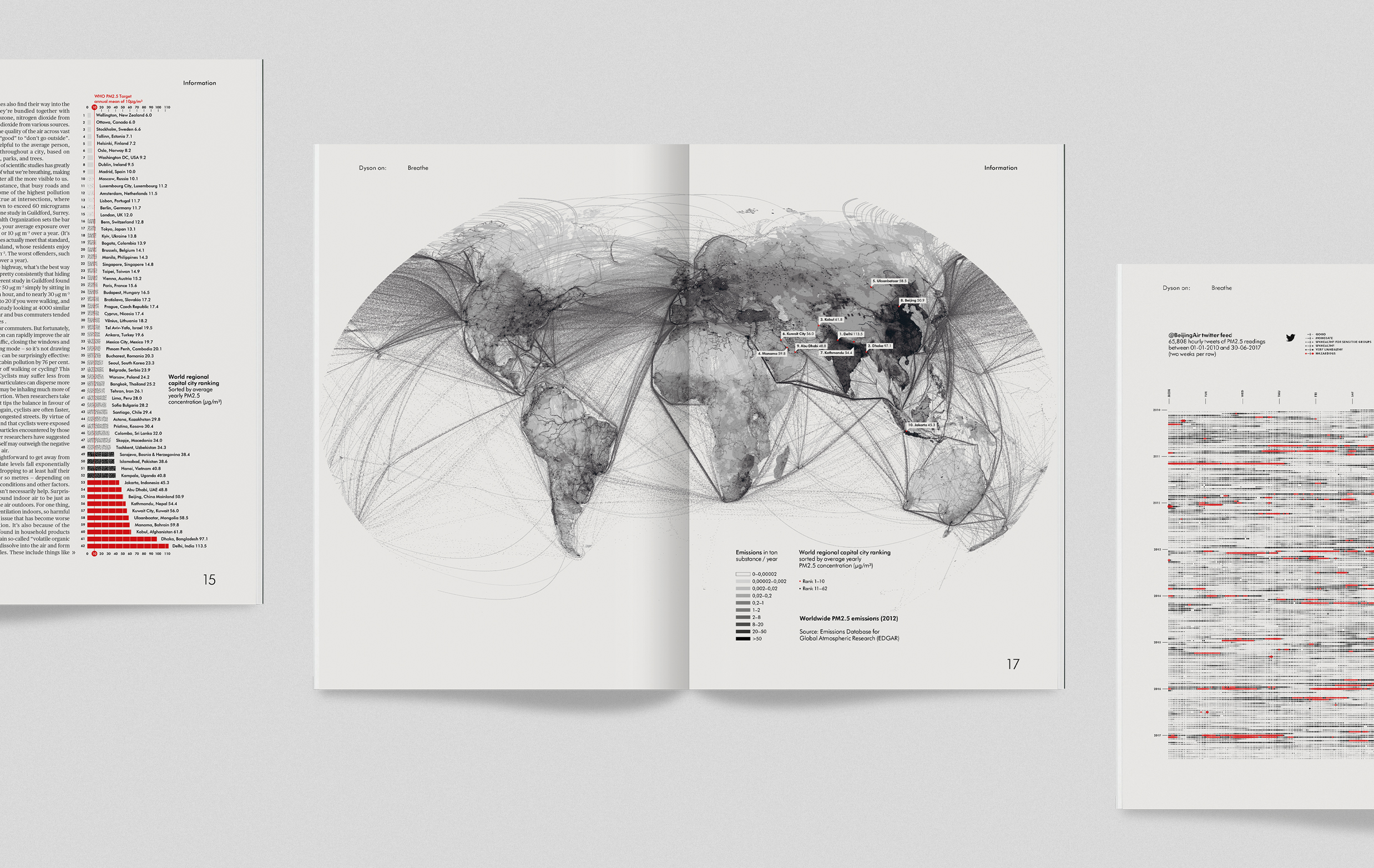 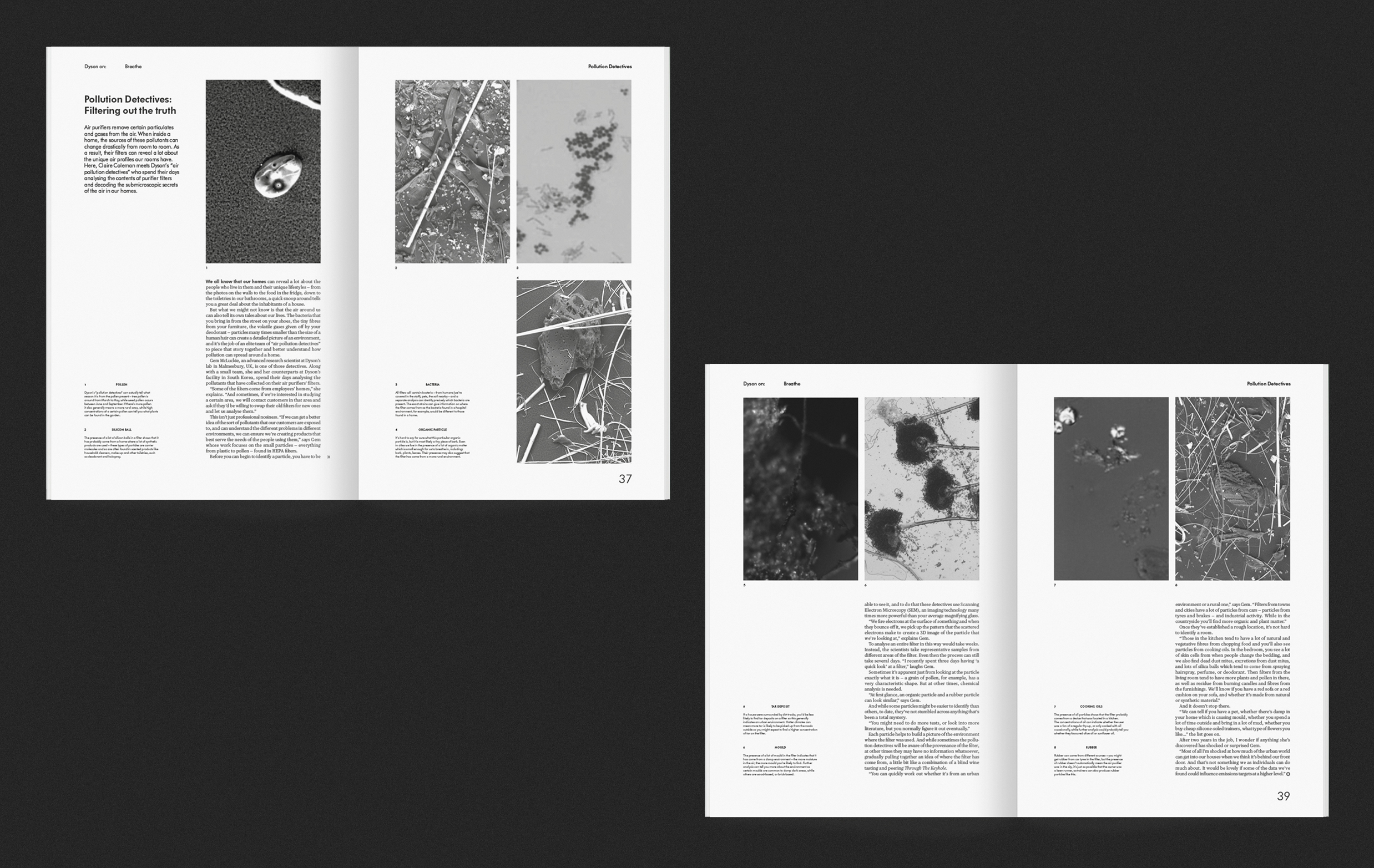 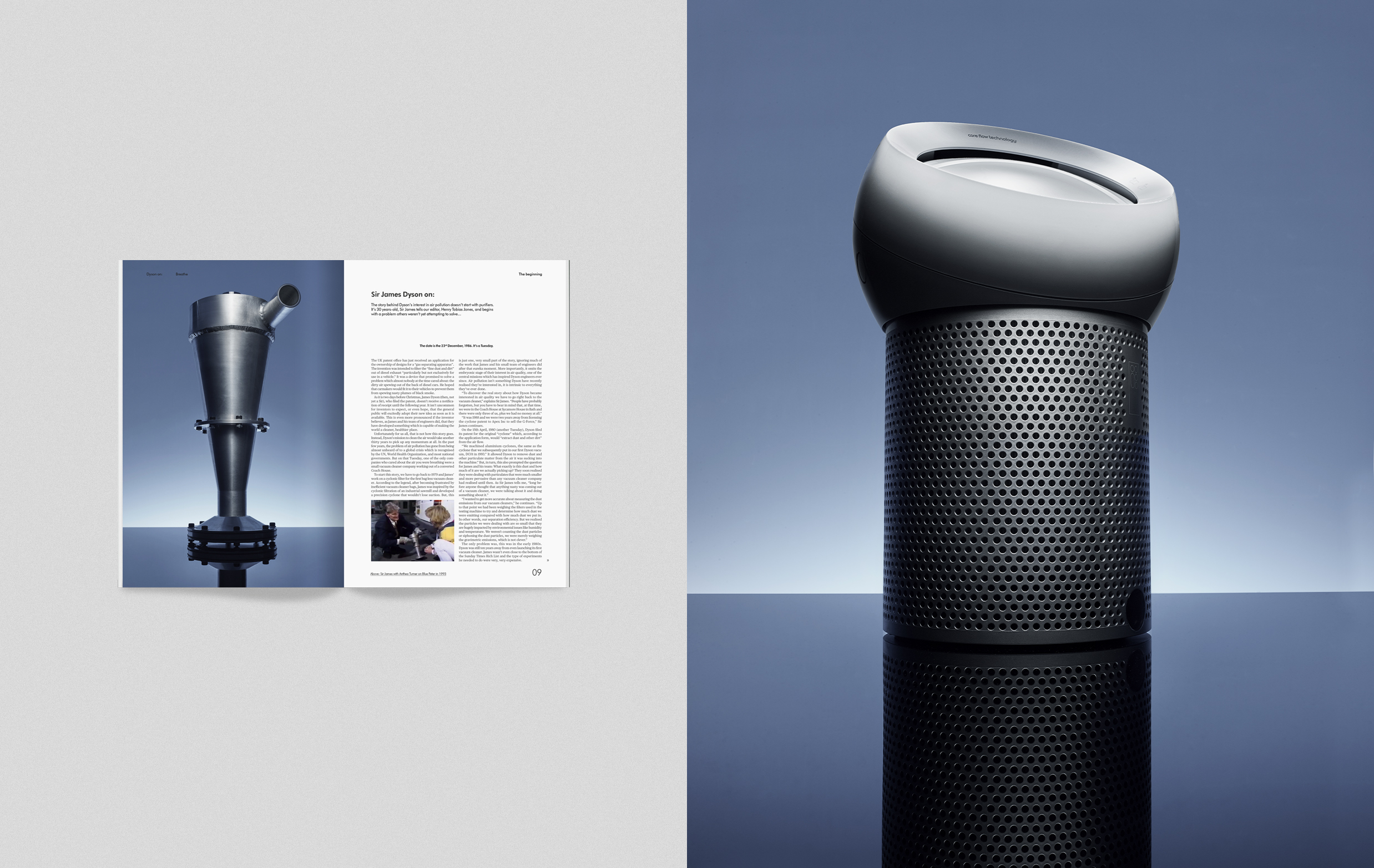 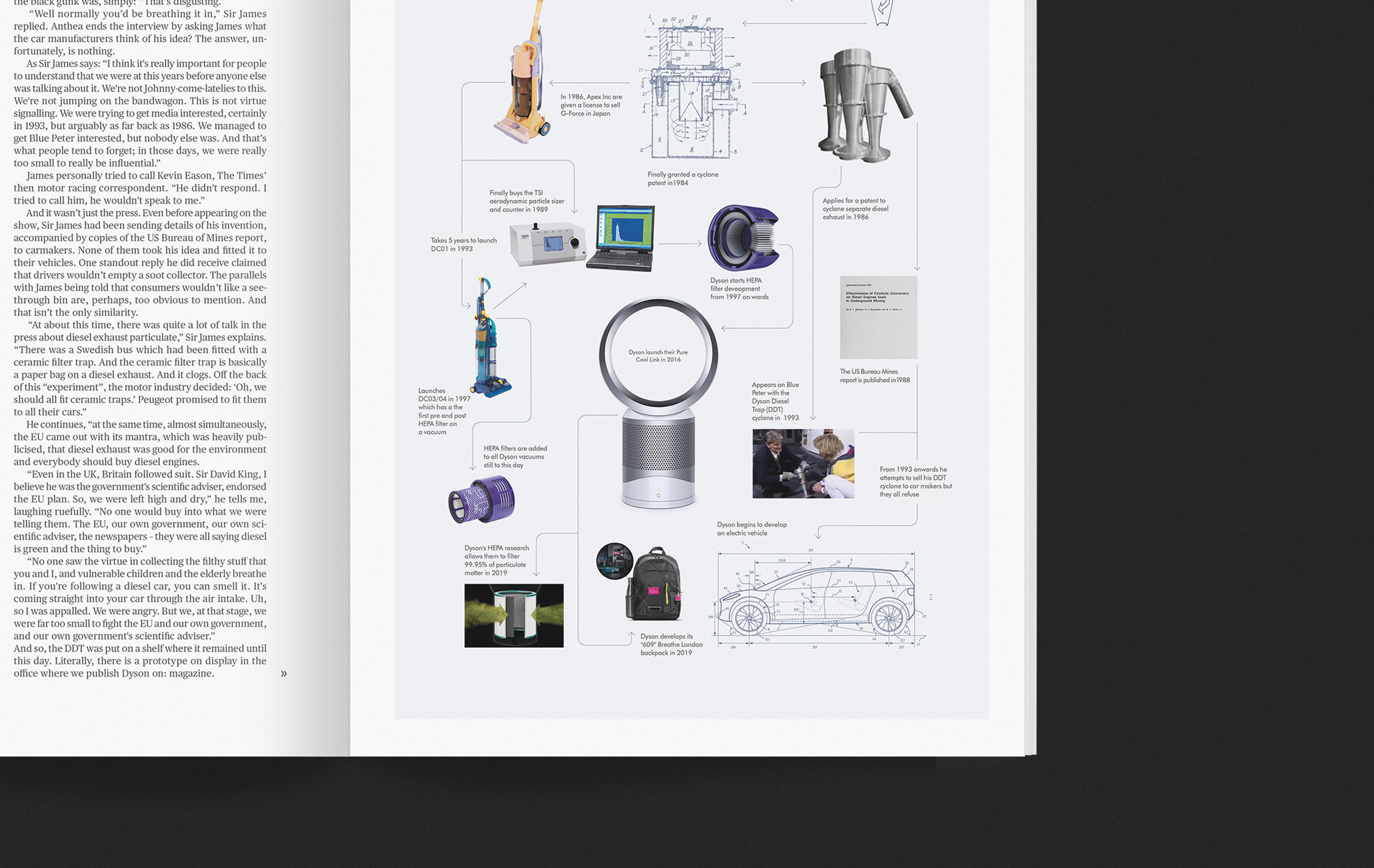 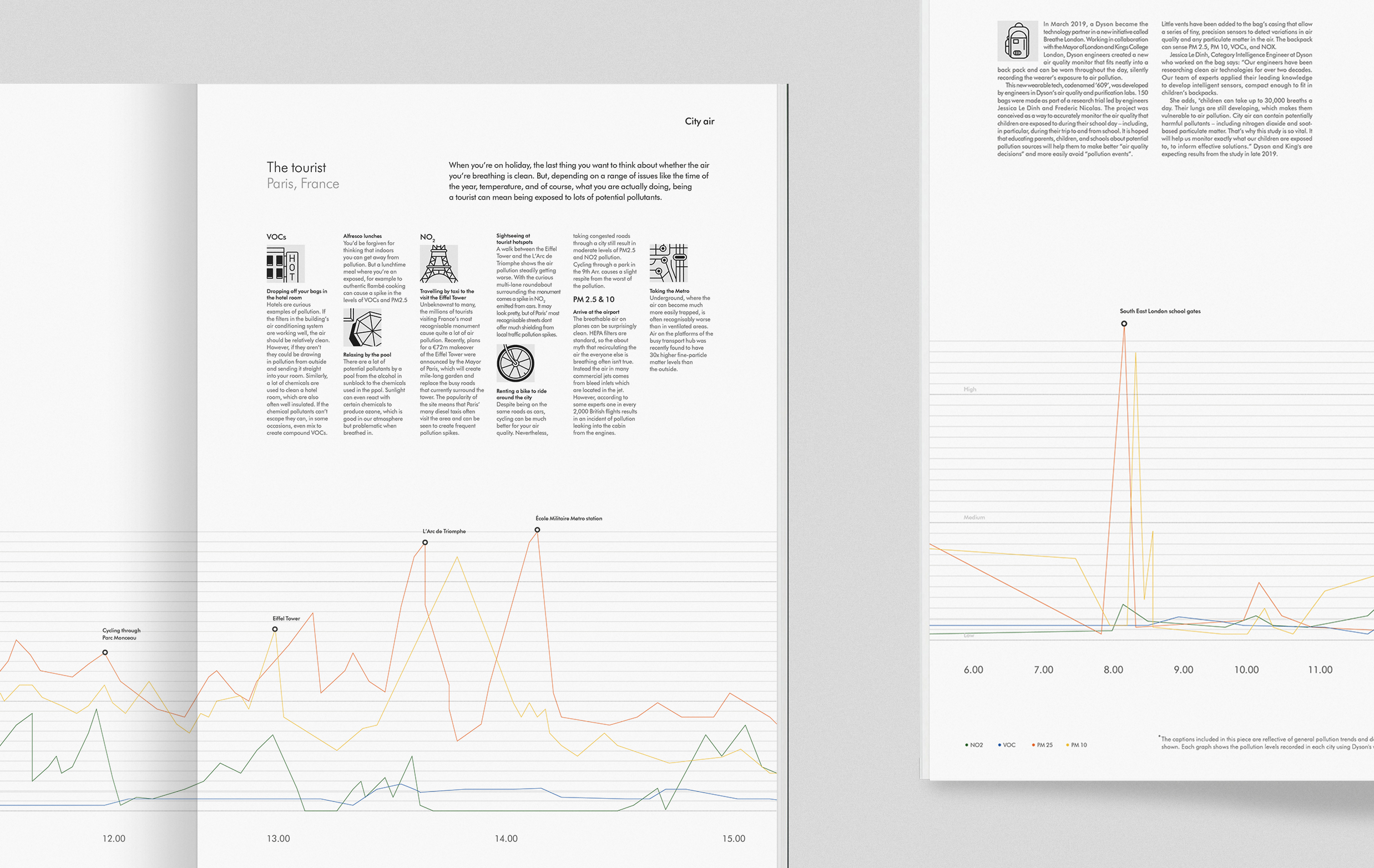